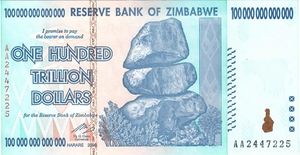 Nowadays, such paper assets often exist in digital/electronic form, but this does not change the counterparty component. Globally, the amount of national currency in digital form (not coins and banknotes) is about 95%. There is a big difference between centralized, top-down, government digital money (even if a cryptocurrency) and decentralized, grassroots cryptocurrencies.

For Bitcoins, however, if there is a path to full currency status it is likely in future generations of the technology that address version 1.0’s weaknesses, including anticipating how the government will surely intervene to block it. Until you can whip out your phone and pay in bitcoins without issuing a 1099 [IRS tax form] and calculating the capital gains tax on the transaction (or maybe there will be an app that will do both?) the potential is limited to largely the specific forms of commerce currently open to them (more so black market or darknet).[5]

A study on Americans and cryptocurrencies, commissioned by Finder.com in February 2018, shows that 8 percent, or around 26 million, of Americans have purchased cryptocurrency.[6] They also found: 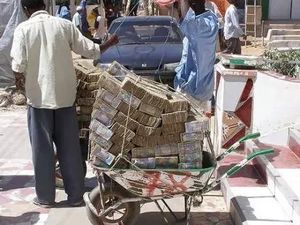 According to an interesting study of the 775 fiat currencies that have existed 599 are no longer in circulation. The median life expectancy for the defunct currencies? Fifteen years.  Perhaps the author was being unfair by focusing solely on the failures. Sadly no, the average life expectancy of all fiat currency is running at a truly underwhelming 27 years. Only a select few have managed anything approaching old age. The British pound sterling is one such example at over 300 years and counting. Before we get too excited by this apparent example of longevity, at inception the pound was defined as 12 ounces of silver.  The pound is now worth less than 0.5% of this original value and of course there is no silver involved anywhere. In other words, the most successful currency in existence in terms of life-span has lost more than 99% of its value.[7]